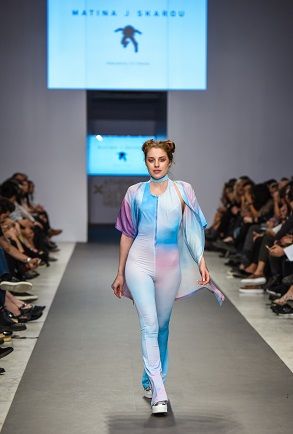 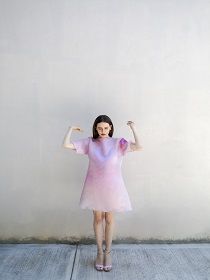 In 2014, Matina graduated from the three year BA (Hons) Fashion Textile course at the London College of Fashion, University of the Arts London. For the following year Matina remained in Central London where she worked as a part of the studios of Claire Barrow and Zoe Jordan. In 2015 Matina returned to her home city of Athens, Greece, where she began work on her own label and launched her first womenswear collection 'AYLON'. She went on to collaborate with the Foundation of the Hellenic World Centre (HWC) to create Scarves and a collection of Clutch bags, Winter 2015. The Clutch bags are currently stocked at the HWC and the B&M Theocharakis Foundation.