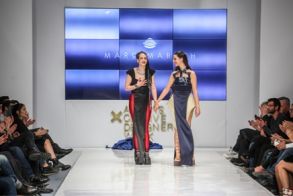 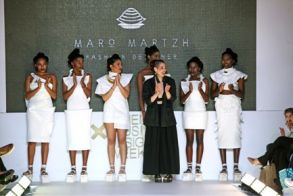 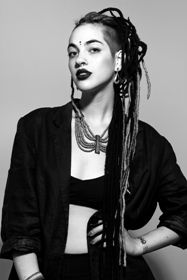 Marω Μartzη was born  in 1990, in Kozani where she completed the circular education. Drawing clothes and transformations of all kinds constituted her character's element of expression from the first years of her life. In fact, Design chose her, rather, than she chose it. In her 16, she became acceptable at ' Art and Design ' College. At the same time, she completed her studies at the Greek high school.

Her studies began in 2006 and after 3 years she had her Diploma of Higher Education in PRODUCT Design from  Middlesex University. Industrial design constituted conscious preparation for educational maturation in order that the entrance to Fashion Design has been based on wider cognitive background. Then, in 2012 she had her BA(HONS) course in fashion design from Middlesex University. After she had graduated, she did her internship in Angelos Frentzos and, in 2013, continued to work on the construction and the creation of the garment and she proceeds with that to date. Finally, Marω Μartzη looks at design as a feminine and erotic synthesis of a body that has the freedom to undergo all sorts of deformations and overcome every limit.