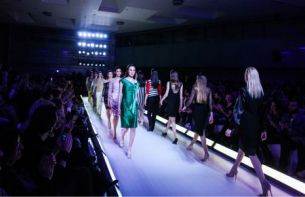 The Fashion Week of Athens celebrates its 10-year anniversary

The Fashion Week of Athens, Athens Xclusive Designers Week, is proud to announce the realization of its 20th consecutive edition, between 21st and 24th October 2016, celebrating 10 successful and creative years filled with fashion and creativity! Greek fashion designers as well as selected designers from various European countries will present their S/S 2017 collections, setting the trends for the season to come.

In light of Athens Xclusive Designers Week's 10 year anniversary, the institution is moving to a new spectacular venue, to Zappeion Hall, one of the most historical venues in Athens, with amazing architecture.

The Fashion Week of Athens, continues to fulfill and serve its mission to "export Greek fashion globally", strengthening further its domestic and international collaborations network, enhancing its commercial profile, and continuing to be the ultimate meeting point of the Greek fashion industry. Furthermore, Athens Xclusive Designers Week nurtures and promotes new talent for one more season, through the platform of the New Designers Awards competition.