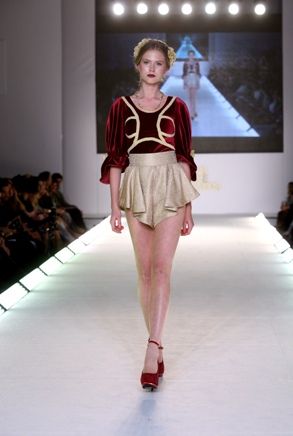 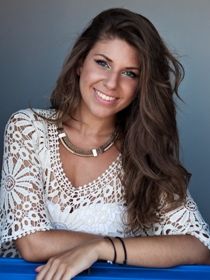 Stavrianna Georgiadi was born in Athens in 1993. At an early age she decided to enter the fashion world. In 2011 she got accepted, among many candidates, in De Montfort University of Leicester in UK for Fashion Design BA (hons). Later on, she continued her studies at IEK AKMI. In January 2014 she became the winner of the Fashion Design Project organized by AXDW. This subheading provided her as a prize, the participation in the 15th AXDW to present her own collection. She describes her clothes as innovative and feminine. She firmly believes that Fashion is Art because it arouses the emotions. Her aim is to invent new "forms" of creation combining her infinite love for detail with Haute Couture. The woman who wears her clothes is the one who wants to feel enviable and impress everyone around her.