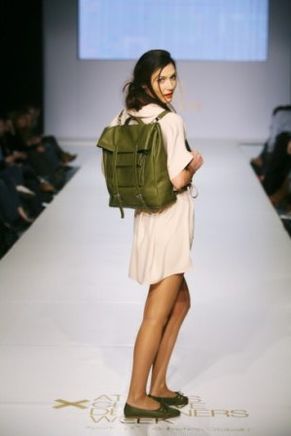 Ippolito is Pavlina Papailiopoulou's personal collection of accessories and bags. It was born in October 2009, and is the culmination of a series of experiences and inspirations.

Pavlina was born in 1982 in the house of Ippolito, a creative architect. As a little girl she was drawn to colors and shapes, and was only interested in drawing - marking every surface in site. In 2000, Pavlina left Athens for Reading, England to study Fine Arts and History of Art. In 2004 she left for Milan to study Fashion Design at the Instituto Marangoni. A year later, Pavlina worked for Tomas Maier's creative team at Bottega Veneta, as a junior designer where she began to learn the ropes of the fashion industry. In April 2007, she decided to seek new inspirations and packed her bags for NY and London, where she worked on a series of small freelance projects. In January 2009, Pavlina decided it was time to return home and bring together the lessons and experiences she accumulated across the world in her own line.
Ippolito's essence is high quality timeless shapes and about attention to detail. After all, it's the little things that make all the difference.