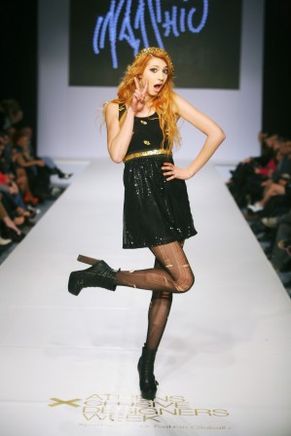 Since the age of 19 INDASHIO made a name for himself to have ever graced the New York, Miami, Los Angeles, London, South Africa and the Caribbean fashion weeks. The 26-year-old fashion designer, magazine editor, celebrity stylist and entrepreneur, INDASHIO exudes a true artist's sensibility mixed with an old school New York attitude. His in-your-face (yet sincere) attitude does away with formality and replaces it with earnest creativity, color and bon voyant flair!