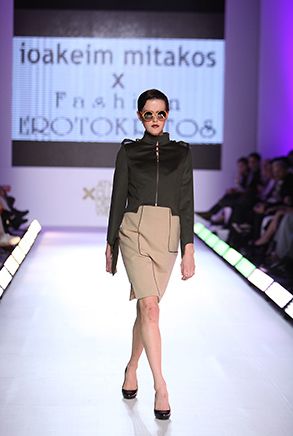 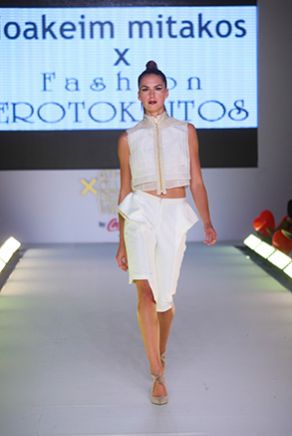 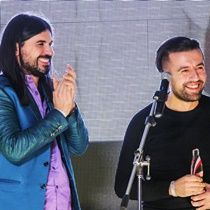 Fashion Erotokritos, the established fabric store, keeps on supporting young, talented fashion designers by holding for the third consecutive year the "Fashion Erotokritos designer's contest". This year's winner, Ioakeim Mitakos has the opportunity to present at the 16th AXDW by Coca-Cola light the collection "Nuda Veritas", which was created in partnership with Fashion Erotokritos.

Ioakeim Mitakos, this year's winner of 'Erotokritos' fashion contest, had expressed his love for fashion and design from a very young age. As soon as he graduated from the Greek Philology department of the Aristotle University of Thessaloniki, he moved to Athens to make his dream come true; studying fashion design, patron and styling, so he decided to attend Veloudakis school of fashion. Up until now, he has worked as a fashion editor at a free press magazine, as an assistant designer at 'Ourania Kay' as well as a freelance fashion designer, while, at the same time, he has created costumes for theater performances and video art. For Ioakeim, fashion coincides with three things; passion, creation and expression, and these form the driving force in his work.