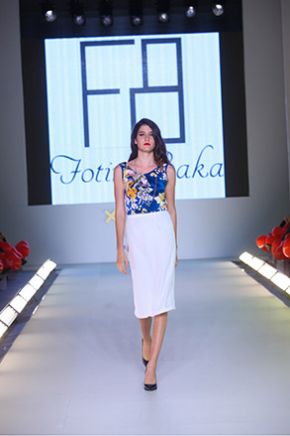 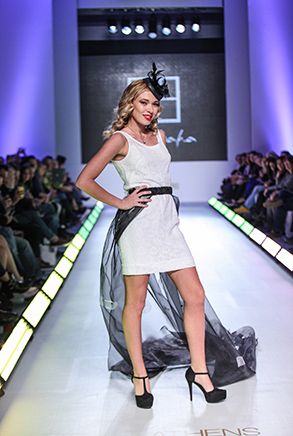 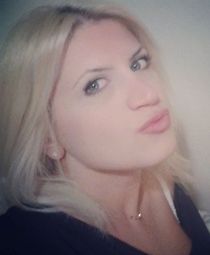 Fotini Baka was born in Patra, Greece, where from a young age she became interested in the Arts. While still at school, she attended Arts classes, took up fashion design, painting and she took part in a number of musical and theatrical shows. Building up on her talent and the experience gained, she then studied towards a Bachelors of Art in the Department of Fashion Design and Clothes Production, Thessaloniki. During that time, she also studied for a semester as an exchange student in in the School of Architecture, Portugal. She has attended a number of seminars in the 'Money and Show' in Thessaloniki, as well as the International Clothes Exposition in Premiere Vison, Paris. Professionally, she was an associate of Michalis Aslanis and took part in his fashion shows as a Production Coordinator. Inspired by the great designer, her dream is to continue his vision and to establish herself in the fashion industry.