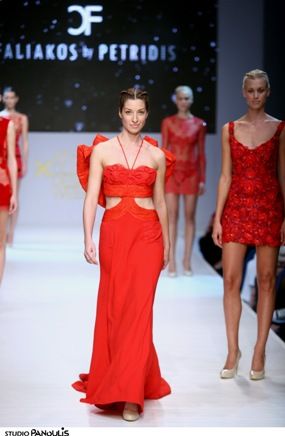 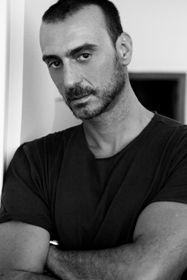 Christos Petridis was born in Thessalonica. He studied styling and fashion creation at his home town before moving to Athens where he joined COSTAS FALIAKOS Haute Couture. Thanks to his talent and hard work he became in a very short time the primary business associate of Costas Faliakos, this so talented creator. Faliakos saw at once his possibilities and encouraged his young associate by including Petridis creation in the 1994 fashion collection. Nevertheless, what’s most important is that in ten years of their common course Faliakos introduced Petridis to his most precious experience and taught him every single secret concerning the magical world of fashion. Christos Petridis took over the company in August 2003 following the expressed will of Costas Faliakos. Currently there are three design-lines in circulation by “FALIAKOS by PETRIDIS“: Haute Couture, Prêt-a-porter de luxe Marriage and Prêt-a-porter de luxe Chic a porter.