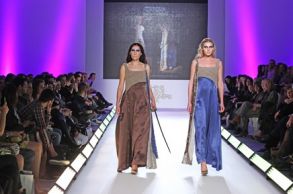 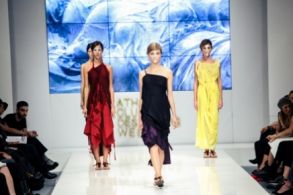 Eleni Kyriacou launched her ready to wear label in October 2011. She participated in Paris Fashion Week for three consecutive seasons, for which she received support from The UKFT. She has also participated in Athens Xclusive Designers Week and Femmina, Athens.

Kyriacou studied architecture at The Bartlett, UCL and textile design at Central Saint Martin's, where she won a prize for best sustainable design. She also apprenticed for the late Alexander Mc Queen.

Her company is UK based. Her studio and production is located in Athens.