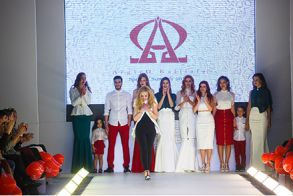 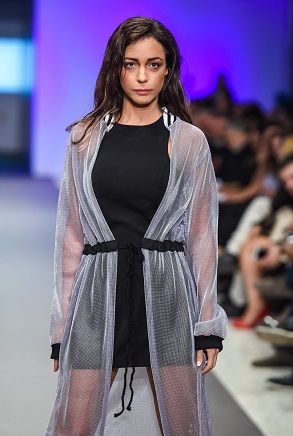 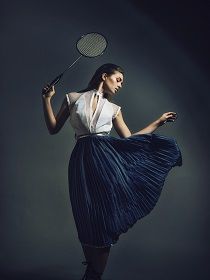 Argiro Kalliafa was born in 1991 and raised in Messolonghi. From 2008 to 2011 she studied Marketing and at the same time Fashion Design in AKTO. Her first professional recognition came in 2010, in the second academic year of college, when she took part in an international contest, organized by the company "Triumph", where her sketch was distinguished among the 25 best designs. Then, she worked as a fashion stylist on the Greek TV show "Eleni" and in 2012 she took part in AXDW for the very first time with the brand "streetGeAr". In 2013, she gained the trust of a large company specialized in women's clothing and design for the brands "Benissimo", "Coocu" and "So sexy" as Leader fashion designer, when she decided to work for Sissy's Christidou collection (sissychristidou.com and minisize). At the same time Argiro was informed about winning the contest "Fashion Design Project" and got the opportunity to take place in the 16th AXDW by Coca-Cola light for the first time with her own brand. Today Argiro is working for Toi&moi, one of the best greek fashion companies. Its aim is the Brand Argiro Kalliafa be developed over the next year and consolidate in fashion.