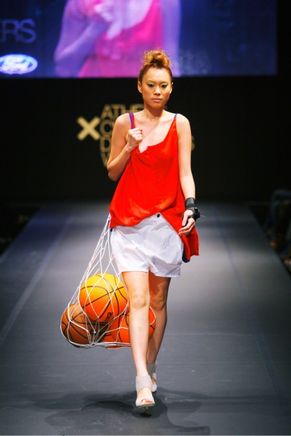 Evelina Litina was born in Athens in 1985.She studied industrial design but she began design clothes for women at a very early age.So,she continued her studies in fashion design.Just before actually graduating from her studies,in 2008,participated in createurope competition and she placed in the top twenty of the best new designers in Greece and she presented her creation in Athens Fashion Week.
In spring 2009,Evelina participated in the 5th Athens Xclusive Designers Week,being one of the two head designers at the Duvo designers team and she won the best trendsetter awards.
One year later in 7th Athens Xclusive Designers Week she presented her first private collection with the brand B.Li.Eve By Litina Evelina , "the street knights" and she won the "best catwalk" and "the best trendsetter" awards.