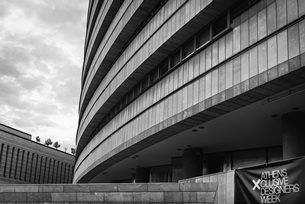 Athens Xclusive Designers Week becomes for once more the meeting point and dialogue platform for the representatives of Greek and international fashion, bringing together the creators, the fashion industry and the public. Established and upcoming Greek and also foreign designers will present their collections before the eyes of journalists, buyers and entrepreneurs of fashion and apparel industry, through the 360º platform of AXDW. The forces of fashion are merging in AXDW, aiming to promote and develop Greek fashion in and out of national borders.

Through the continuous development of the international networking with key players of apparel industry in Greece and abroad, other international fashion events and representatives of international media and fashion markets, AXDW promotes the Greek fashion abroad.

Furthermore, a milestone of AXDW is the promotion and reward of young designers: AXDW since its inception, offers the opportunity to young fashion designers to present their work in the institution of New Designers Awards, claiming their place in the Greek fashion and also very important awards that will contribute to their future career. Moreover, through the Fashion Design Project, new talents regardless their studies and career background, have the opportunity to share their own fashion sketch with the public and claim its vote, which will assure their participation in the institution of New Designers Awards.

More information about the program of the 17th Athens Xclusive Designers Week will be announced shortly while all the news about the organization are available on the website and the official pages at social media: